This mistress likes people who are good at what they do. This guy promised her he would fix her car and she left it with him. She knew it was in safe hands and she was given a huge bill which she was ready to pay. But on coming back, she found the car in worse shape than when she had taken it for repair. She was pissed and the only thing she could to show him her disapproval was to shit on him. 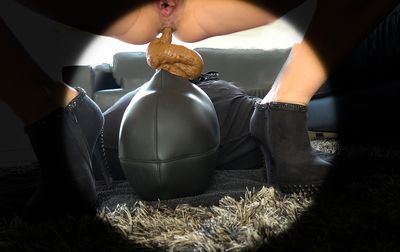